An Introduction to DXing and why Hams use DXing

This article discusses about:

DXing is a process of searching, listening and operating far ham radio stations. These are the radio stations that are far away, making it hard for a DXer (a person who does Dxing) to find and operate such a station. Also, the alphabets “D” and “X” in DXing have their specific meanings. “D” means distance and “X” means “unknown”.

Why Hams use Dxing?

Generally a person who does DXing is called DXer. A DXer is a person that enjoys DXing as a hobby. He or she enjoys finding ham radio stations that are miles away from their location, and loves to operate those ham radio stations.
Hams do DXing. Why? The reason is simple, which is a hobby. As many people use amateur radio as a hobbyist, many hams do love to enjoy DXing as well. Moreover, a challenge is involved in DXing as well, giving hams an opportunity to accept the challenge. And, the challenge is to find a ham radio station, which is miles away from your location. Mind it that finding such a radio is not an easy task.

What is the Best time for DXing?

The best time of DXing is often the night time because during night it becomes easier to get hold on the signals that are reflected back to the earth by the layers in our atmosphere. Moreover, during the night the interference among stations is too less compared to the day time making it easier to find and operate far stations.

There is special equipment used to observe radio waves. This equipment in simple terms is called a receiver. It can either be a simple receiver costing a few dollars to a specifically designed receiver costing a huge amount. Also, if as a hobbyist you invest money in a deluxe receiver, which is too much costly, you will also have to purchase a good antenna. Better hardware will give you the best signal quality while improving the chances of getting signals from the far stations.
It is even possible to receive signals from the far stations with not so costly equipment, but when it comes to pull the distant signals with the best filtering options and voice quality, then specially designed DXing receiver is always preferred.

The proofs for a ham that he or she has operated a distant ham radio station. Collecting QSL cards is a hobby as well. Moreover, it is not an easy task. To collect the acknowledgement from the sending station, a ham has to identify the station, contact them, and confirm that he/she has listened to the correct station. And, if he/she gets the acknowledgement, then the sending station issues a QSL card  confirming the same. A QSL card also carries the picture on its one side and the data on the other side. Moreover, collecting more and more QSL cards is a way of being ahead in the competition from other hams.

Gray Line DXing is all about finding and operating the stations during the Gray Line zone. Gray line is the line that appears at Sunrise or Sunset. Position of Grey Line depends upon the time of year and time of day. Performing DXing at Gray Line zone is pretty interesting because Maximum Useable Frequencies get increased at the Sunrise side, whereas on the Sunset side is facing low frequencies. Due to this, communicating with the distant stations depends upon the intermediate frequencies that too should favour ionospheric conditions.

Signal propagation is affected by the ionosphere layer, which is in the Earth’s atmosphere. This layer reflects the radio waves. If the frequency of the waves is up to 30 MHz then they are reflected back to the Earth providing signals to radios. Moreover, the time of day also affects the radio signals that are bounced back. During the daytime, the frequencies above 10 MHz are reflected back to the Earth while the frequencies below 10 MHz are absorbed by the Ionosphere. During the night time, just the opposite of the day time happens, which means, the frequencies lower than 10 MHz are bounced back whereas the higher frequencies are absorbed. And, as you know DXing is done on lower frequencies, the night time is the best time as signal propagation is done perfectly.

Solar Flux, A Index, K Index, X-ray Flare, and Aurora help decide the type of propagation. Let us have a brief about them:

QSOs are the contacts that participate in DXing but also local ones. The Q Code QSO is used to refer a contact. The contact is made between two ham radio stations, and that hams who have made a contact are considered to have worked with each other. Mostly the DXing contacts are confirmed with QSL cards.

What is Ham Radio Contesting and why Hams do it?
Ham Radio contesting is a radio sport in which hams participate in a competition to score as much as they can to secure a winning position. In this competition, a ham radio operator has to contact other amateur radio stations within a given time scale.
Categories: Beginners
01.06.2016 · From OE8APR 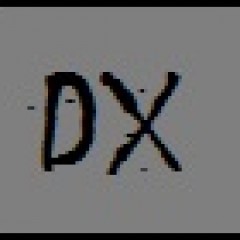 How to use the socialhams DXCluster feature
A guide on how to use this great DXing tool!
Categories: Propagation socialhams features
18.08.2012 · From N0FJ
Info